He is also founding member/bass guitarist of the avant/progressive rock band the Red Masque and has composed two rune tone songs for the website of Inventor Karl Welz.

As a self taught artist, he has been creating artworks prolifically and shows in various galleries, venues, screenings and juried exhibitions.

“Always having an interest in art, metaphysics, and creating intuitively, I began doing several drawings, and then paintings, and oil pastels, and noticed a repeating theme-mostly strange figures surrounded by or connecting to geometric shapes, stryations, and patterns that seem to part of each other. These pictures invoke something deep in the psyche, and are eerily familiar in many ways. I believe what is depicted is a truer more pure reality and that we may be in the “canvas” of these beings.

I think the ultimate goal for a person should be to achieve personal and spiritual freedom and live life on your own terms and if somehow “drawing” things out can go towards achieving these ends then intuitive art especially what exists on the “outside” is a highly valuable resource.” 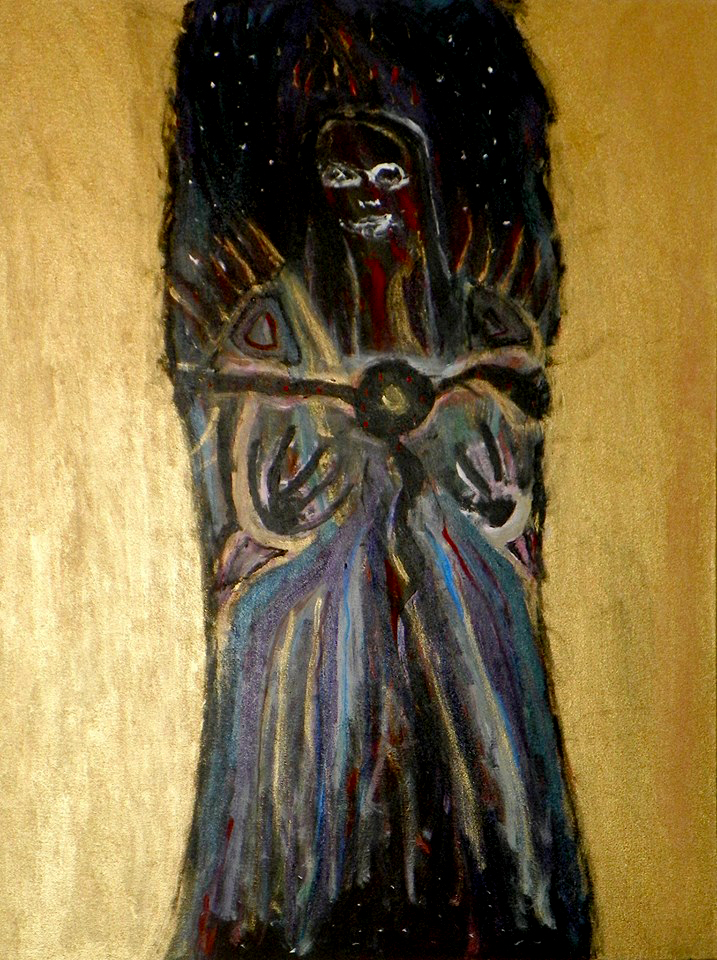 Upcoming projects:  I have an idea for a  film which would cross experimental/fetish/video art/sci-fi

Describe your work. A living body of pure perception filtered through my being. it’s Raw, improvised, there are no pretenses, or pandering

What themes and concepts does your work generally revolve around? Other Dimensional Realities, Entities that are living symbols, and concepts become corporeal

What materials do you work with? Acrylic Paints, Oil and Chalk Pastels, Pen Drawings, and  filmmaking

What are you currently working on? A triptych painting of future/past crucifixions 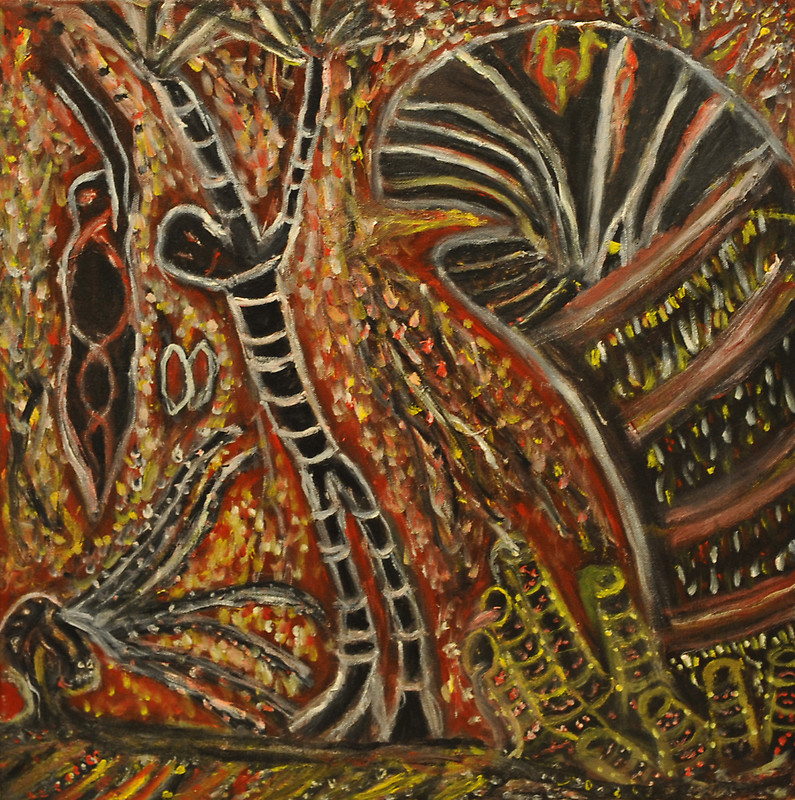 What kind of creative patterns, routines or rituals do you have? I get bursts of energy late at at night, put on records and and work on stuff, I get cycles of output/motivation/existential dread/self-reflection

What’s your art background? I’ve always loved art, and have been drawn to it, for years I primarily have concentrated on music, While I did take an art class or two I have no formal training, I began to make art prolifically starting several years ago.

What’s been happening in your life? My band The Red Masque released an album called Mythalogue on Beta Lactum Ring records earlier this year, I recently played a Native American Tribesman for a horror film trailer called Supermoon/Wereyote, a solo track I did called Cephalophores in Cellophane is now on the Altered state reflections 2013 compilation. What’s next for you? In Jan. I’ll play a blood drinking elitist in a film. And here’s a link to Jon Allen’s interview of me: http://www.jonfallen.com/BrandonLordRossInterview.html

Describe your current state of mind. Constant flux, trying to find the doorways and computations to my real self, plus lots of lust, rage, confusion. 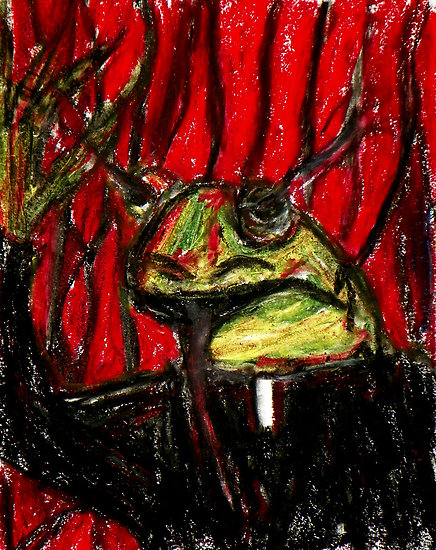 Do you have any exhibits coming up/ past exhibits you’d like to mention? I have work in JAM gallery in Malvern rotating each exhibition, and a solo show at Infusion Coffee House next year in Mt. Airy. I have been part of the Eraser Head forever exhibit at PhilaMOCA both years, as well as Art of Darkness at Artworks Trenton, my work has been featured in Certain Circuits art magazine both onine and print

Is any of your work political? Not Overtly, but I think there is something underlyingly subversive about it. One piece called “Requiem for a Widow’s Son” has some conspiratorial imagery, and Father Froggins and SS could be construed as sort of comment on things. I’m interested in what’s behind the curtain not so much the dog and pony show that we’re presented with

What are you trying to communicate with your art? That this is what’s going on

What is one of the biggest challenges you face as an artist? It’s how to market myself and find the right venues to exhibit, I want to bring my vision to others and have them see what I see at least on some level

How has the meaning of your work changed over time? It evolves, as it sees fit 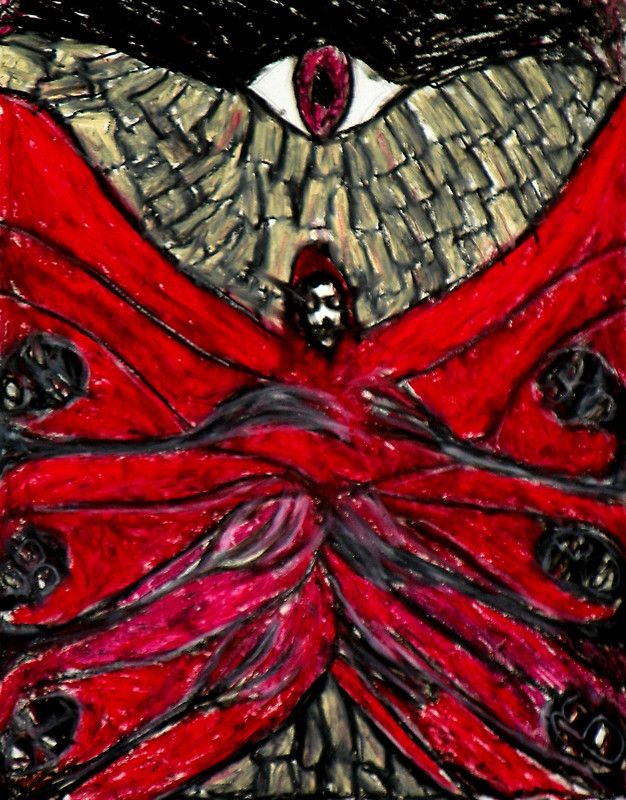 What do you dislike about your work? It’s hard for a lot of people to understand, but then that’s what makes it good!

Which creative medium would you love to pursue but haven’t yet? Energy Sculpting

What is your dream project? To create an interactive giant living artwork of a tantric sexual/synathesia experience

What are a few of your favorite spots in your area? The Highlands Mansion and Gardens, Tower of Chimes, Robbins Park, Militia Hill Park, Wissahickon/Forbidden Drive, Laurel Hill Cemetery

Favorite artists and why? People in your field whom you most admire: I like anyone who presents a clear unique vision and also if they can touch on a feeling of the uncanny-Bosch, Munch, Francis Bacon, Dali, Mondrian, Soutine, William Blake, Kandinsky, Madge Gill, Aubrey Beardsley, Albreht Durer, Ernst Fuchs, Gustav Klimt etc. 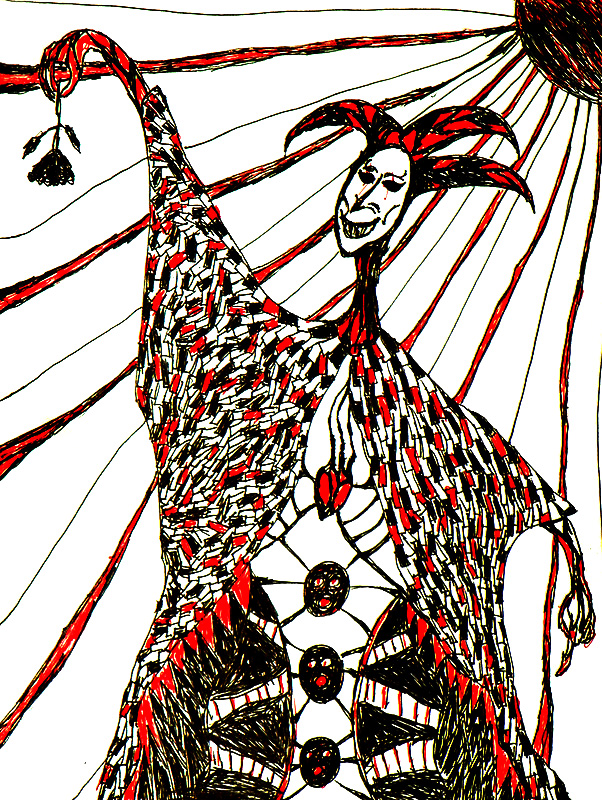 What are you reading? Time and Free Will by Henri Bergson, Nine Princes in Amber by Roger Zelazny

What was the last show you attended? Goblin/Zombi at Starland Ballroom, before that Wolf People at Ortliebs

What was the last exhibit you attended? Juried show at Abington Art Center 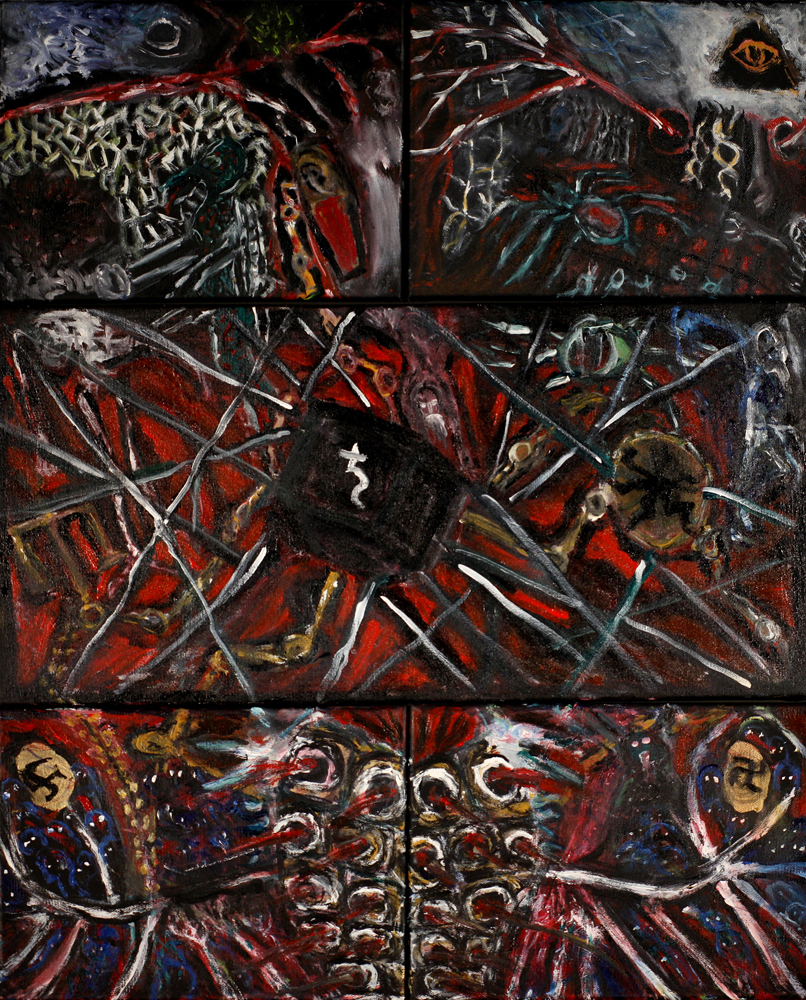